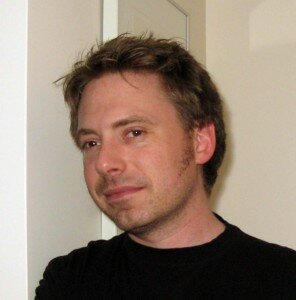 Michael Darroch is an Assistant Professor in the Department of Communication, Media & Film at the University of Windsor, Canada. He is Director of the newly established IN/TERMINUS Centre for Media, Art, and Urban Ecologies, a Co-Investigator for the Visible City Project + Archive, an External Research Associate of the Canadian Centre for German and European Studies, and a member of the Centre de recherche sur l’intermédialité. His research has explored Canadian and German theories of media and materialities, with a focus on practices of media and art in a variety of urban contexts. He is co-editing Cartographies of Place: Ways of Representing the Urban (forthcoming, McGill-Queens) and has published essays on the intersections of media, technology, theatre, language, sound, and translation. His current research focuses on transatlantic connections within the history of media studies in Canada.

The landmark interdisciplinary Culture and Communications Seminar held at the University of Toronto (1953-55) and the eclectic journal Explorations (1953-59) provided the framework in which McLuhan first formulated many of his most important insights into the interplay between media and the senses, including the notion of acoustic space. In seeking a common vocabulary to bridge disciplinary boundaries across literature, anthropology, architecture, economics, and psychology, McLuhan and his colleagues developed a ‘field approach’ to discern the new grammars and environments created by electronic technology, particularly with the advent of television in Canada in 1952. While Harold Innis’ studies of media bias were a central concern, another vital inspiration for their “experiment in communication” was the art and architectural historian Sigfried Giedion’s studies of the interpenetration of cultural forms and the ‘anonymous history’ of humble everyday objects that reveal the essential spirit of their period. Inspired by Giedion, a particular methodology grew out of Explorations, using the environment and architecture as the framework for analyzing the effects of media in the televisual age.