Other special projects taking place over the RE-TOUCHING McLUHAN Centennial Weekend include: 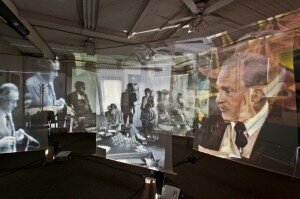 Start: 29 May 2011, 17:00
Venue: External entrance to the Marshall McLuhan Salon of the Embassy of Canada

Canadian artists David Rokeby and Lewis Kaye were commissioned by CONTACT Festival 2010 to create site-responsive works at the Coach House, drawing inspiration from McLuhan’s work. The Coach House is the base for the McLuhan Program in Culture and Technology, which from 1963 till his death in 1980, was a hotbed of ideas and where McLuhan conducted his ground-breaking research on the nature of communication, media and technology. At seminars held there on Monday evenings, he refined his ideas and made cross-disciplinary leaps and connections. In attendance were artists and scholars from a wide range of disciplines. They shared a common understanding that the mediated world requires analysis of the most fundamental epistemic, ontological and metaphysical assumptions.

In two separate but complementary works, Rokeby and Kaye visually and aurally construct McLuhan’s persona. The exhibition illuminates the intellectual spirit of the great media prophet. As the framework for their work the artists drew from McLuhan’s book Through The Vanishing Point: Space in Poetry and Painting (coauthored by Harley Parker), 1968, which explores the way electronic media fragments the homogenous experience of space.

You can find out more about David Rokeby’s work and view a short video of the original Through The Vanishing Point installation at the Coach House here.

Through The Vanishing Point Podcasts

These three podcast files are designed for both the Marshall McLuhan Salon installation and stand-alone listening. You can listen to these files on any sound system, but because they use binaural recordings they are best experienced with headphones, ideally with your portable MP3 player at the  sound installation outside the Marshall McLuhan Salon itself.

To stream a file directly to your mobile phone, please click on these links in your mobile web browser:

2) McLuhan and Parker Through The Vanishing Point:
http://www.utac.utoronto.ca/images/podcasts/mcluhan/02%20McLuhan%20and%20Parker%20At%20The%20Vanishing%20Point.mp3

Through The Vanishing Point was commissioned in 2010 by the Scotiabank CONTACT Photography Festival (Bonnie Rubenstein, curator) and the Faculty of Information McLuhan Program in Culture and Technology (Dominique Scheffel-Dunand, director) University of Toronto, Canada. 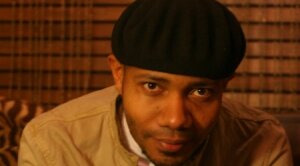 Join us for the record release party of McLuhan’s The Medium is the Massage audio re-issue, featuring a live performance and re-mix of the 1968 audio recording of the book by the experimental and electronic hip-hop musician, conceptual artist, and writer, Paul D. Miller, aka DJ Spooky.

Many parallels can be found in McLuhan’s reflections on contemporary electronic media of his day with Paul Miller’s own take on the digital media art of today. Paul’s ideas on digital media art center around the ‘figure of the DJ as the generalized, post-subjective auteur of postmodern media. The idea of the mix is central to his work and his entire aesthetic, in which disparate connections are made between different times, cultures, and styles, through which something new can emerge’. 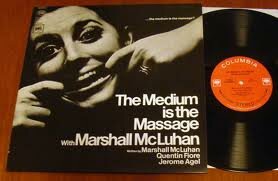 The Medium is the Massage

One can see from this why Paul was drawn to McLuhan’s work and found intellectual kinship in his ideas. Speaking about his work on the McLuhan recording:

‘Acoustic space, pattern recognition: boundless, infinite play of text and thought – that’s what you need to think about when you listen to this album.  The record version of the “Medium is the Massage: An Inventory of Effects” project was meant to embody some of the issues that the graphic design and radical use of new fonts and images to enhance the text of the book and create a dynamic linkage between how the collision of fonts and graphics would work and how they could be represented in sound. The whole thing is presented as an audio collage focused around McLuhan’s own voice reading parts of the book.

There are other “character” voices—’the old man’, ‘the Hippie chick’, ‘the Irishman’, ‘Mom’, ‘the little girl’, etc.—who utter McLuhanisms, snatches from Pop culture, and excerpts from Finnegans Wake and The Iliad. Weaving amongst these is a very 1960s selection of jazz, classical, and psychedelic pop music. This is all topped off with incursions from the recording engineer, backwards tape effects, sped-up and slowed-down voices, ambient recordings, and a whole jungle of other Foley and sound FX.
…
The record version of the “Medium is the Massage” presents that as a DJ mix – it presents the entire book as a series of samples, just like a mix-tape.

Think of this record as a collection of some of McLuhan’s spoken texts recorded, collaged, cut-up, spliced, diced, ripped, mixed, and burned. It’s a mix tape made in a different era – before the rise of digital media files, but it has the same kind of resonance of a mix of any current sound art project one could care to name.
…
It goes without saying that hands down, McLuhan was a master of the freestyle. Think of him in terms of hip hop, wordplay, and above all, how you can create new forms of viewing culture from the intertextual flow of words put at the service of technology.’’

Part 1 of this classic, innovative and prophetic 33″ vinyl production and audio version of the book can be heard here. The original recording was produced by John Simon and released on CBS Records in 1967.

Students from Hochschule Darmstadt under direction of Sabine Breitsameter 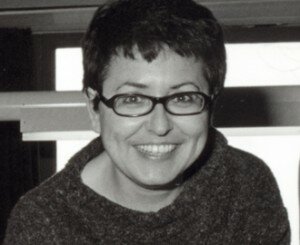 How do those who grew up almost completely within the realm of digital media, get in touch with McLuhan and his theory?

Self Concept by Matthias Glombek
Sculpture

We tend to appropriate media without questioning it too much, incorporating them into our bodies, making them part of our self concept. Dealing with McLuhan, who predicted the importance of electric communication in a time when the Internet was just a vague idea, I suddenly had a picture in my mind: a humanoid figure, with the extremities and organs replaced and extended by media.

“My sound composition deals with the experience of time and its effects on human existence. It refers to Marshall McLuhan’s theory of anesthesia of the senses. My composition reflects the correlations between events, moods and time structures. The work’s central ideas are individual perception of time and the concentration on experiencing it.” (M.T.)

The short film’s topic shows how deeply some humans are fascinated by their digital mirror image, ready to ignore their environment as well as themselves, getting sedated and numbed. Hermsdorf’s work reflects critically humans’ digital extensions and their digitally modified mirror image. Via headphone, the visitors can listen to soundscapes, which connote being in a pending space or in a vacuum.

“Mixer Tap“ takes McLuhan’s thought of hot and cool media literally and reinterprets them based on the concept of Hi-Fi/Lo-Fi by Canadian sound researcher Murray Schafer. An ordinary bathroom fitting functions as interface, and it is the recipient who creates the mix.

bean art is there! by Marco Kempf
Participatory Object

The setting has an experimental character: A glance into a peepbox visitors see a scenario which at the same time is commented by McLuhan’s original interview-sounds. The visitors are invited to speak out themselves. Their statements mix with McLuhan’s and contribute to the development of an acoustic palimpsest, which gets overwritten layer by layer.

This short animation is centered around a normal day: getting up, leaving the house, strolling through the city, coming back home, going to bed. The protagonist is constantly accompanied by McLuhan’s sentences, whether they are spread by radio, by television, on a public place via loudspeaker, or by a bellman on a busy street.

McLuhan emphasized, that every extension of the human senses can be looked upon as a type of media. Our short film points to this central topic of McLuhan’s theory in four parallel sequences: hearing, visual sense, mouth and feet show the overlayering and simultaneity of the senses. A keynote sound unites the four films running in parallel. 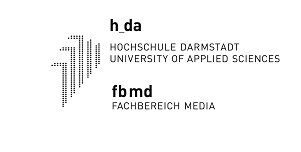 As a prelude to the Centennial Weekend, The 2nd German-Canadian Professionals Conference, organised by the Deutsche-Kanadische Gesellschaft e.V. (DKG) and hosted by the Embassy of Canada in Germany, will take place on May 27, 2011.

A McLuhan-inspired panorama will be offered which comes in four parts. It is entitled Global Village – Calamity or Chance? This overall theme is meant to cover contributions in three distinct fields of interest. The conference will assess the term ‘global village’ as (a.) de facto synonym for economic globalisation, (b.) prophecy regarding the emergence of a world wide web, and (c.) context for the development of contemporary cinema in a digitalised world.

The conference will be moderated by Ariane de Hoog, Deutsche Welle TV, and keynotes will be Brian Lee Crowley, founding Director, Macdonald-Laurier Institute (MLI) in Ottawa, Linus Neumann, expert on the digital society, Berlin, and Gundolf S. Freyermuth, Professor of Comparative Media Studies at the ifs international film school, Cologne, and Director of the Cologne Game Lab at the Cologne University of Applied Science.

To register for the German-Candian Professionals Conference, please email .